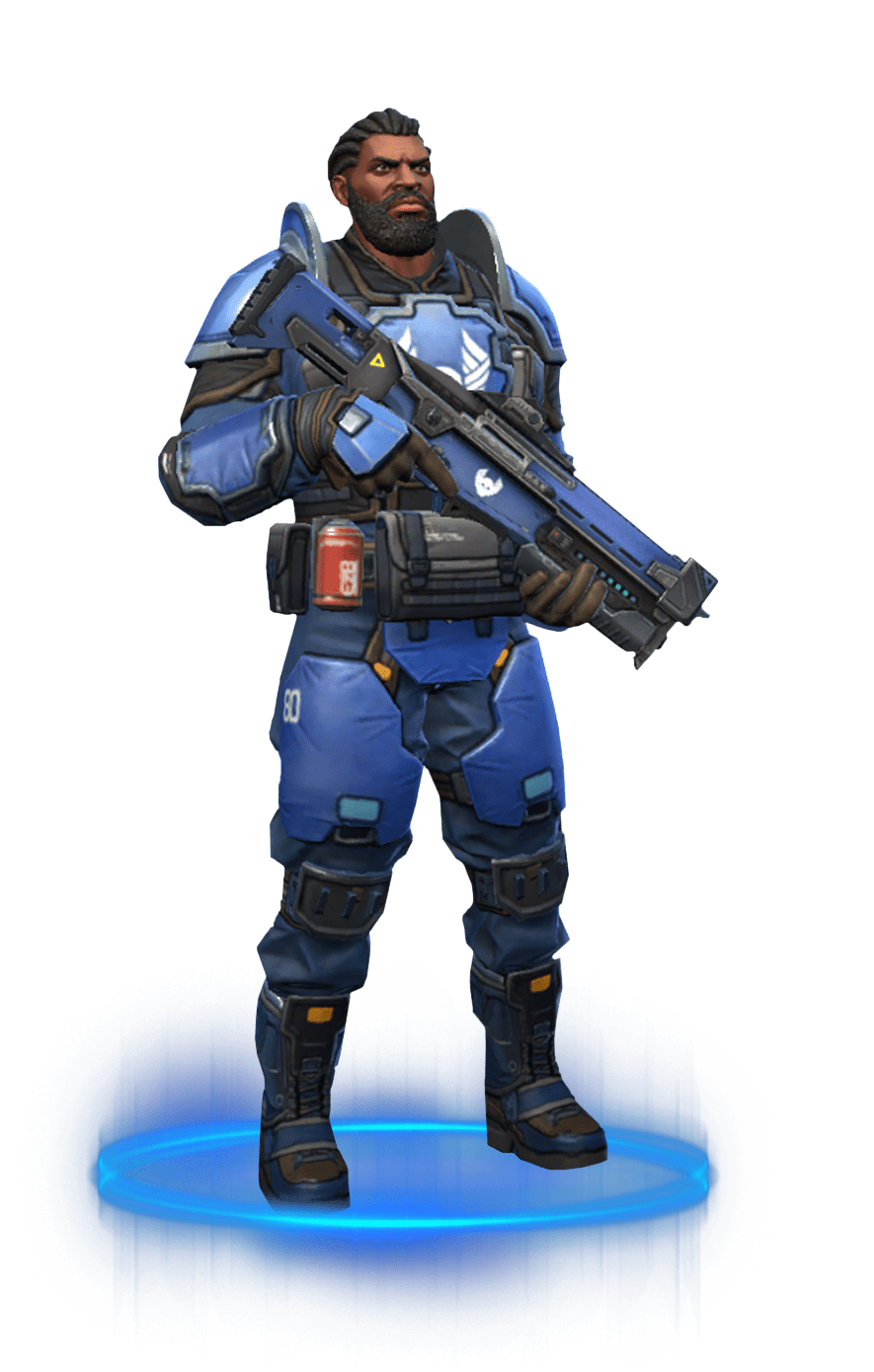 A model soldier of the Black Legion: disciplined, augmented, trained, and tough as nails. He's used to taking point, pelting his foes with lead from his assault rifle.
Brix's gun is great both for long- and mid-range combat and eliminating enemies in cover.
SCORCHED EARTH

A shell from Bricks's under-barrel grenade launcher floods the hit zone with a pyrogel mixture, which burns for 3 seconds.