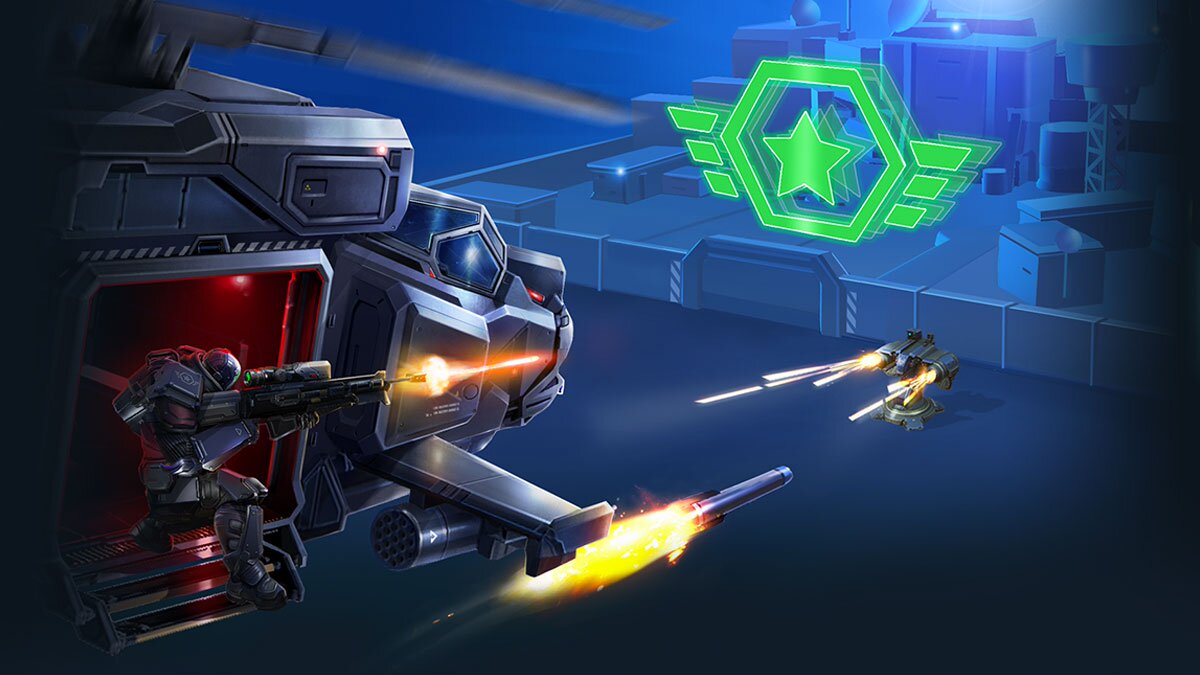 The PvP tournament sector, weapons that infect your enemies with giant wasp larvae, an additional mission in the underground lair of the Xi - all this and much more in our newest update!

The archipelago now has a new Tournament Sector. If your helicopter lets you fly that far, you will be able to participate in the regular PvP event. During the Tournament, players split into groups, and you compete, attacking the bases of the remaining members of your group.

Tournament Points are earned for destroying the enemy's defense lines (if you manage to pull it off within the allotted time - you'll get a bonus) and for successfully completed raids. If you lose defending your own base, you will also lose points.

Some of the awards are: Tournament currency, parts for assembly of the Chimera range weapons, blueprints for the Engineer - a powerful elite unit to defend your base, - as well as air defense and helicopter modifications. The currency can buy you boxes of parts of the Chimera weapons, acid grenades, medkits, biofuel, as well as blueprints, in the Tournament Store.

Espionage - a new bonus that gives you detailed information about the enemy defense - can help you win the Tournament. Plus, you can hire a mercenary to help you during the Tournament. This is a companion who joins you only during tournament attacks on the base, increasing the number of members in your squad to three combat units.

A few words about the new bionic weapon - Chimera. This C+ rank weapon range includes an assault rifle and a sniper rifle created using the Xi technology and shooting acid. Besides, the assault rifle can transform the slain foe into a puddle of acid, which will be dealing damage to enemies, and the sniper rifle infects its victims with larvae of a giant mutant wasp, which then comes out and attacks the rest of the opponents. Wouldn't you like to try this weapon out for yourself?

However, in addition to new ways of destroying your enemies, we also added new opportunities to thank your allies. Now you can rate the participation of a player who was invited to join the Co-op mode by giving them one of the three ratings after the battle. Positive ratings will give players likes which will unlock new slots and give them discounts in the Co-op Store.

And finally, a new additional mission - "Lair" - awaits you in the game. The player who will be able to destroy a Xi swarm in the underground abode will get access to the new resource mine!