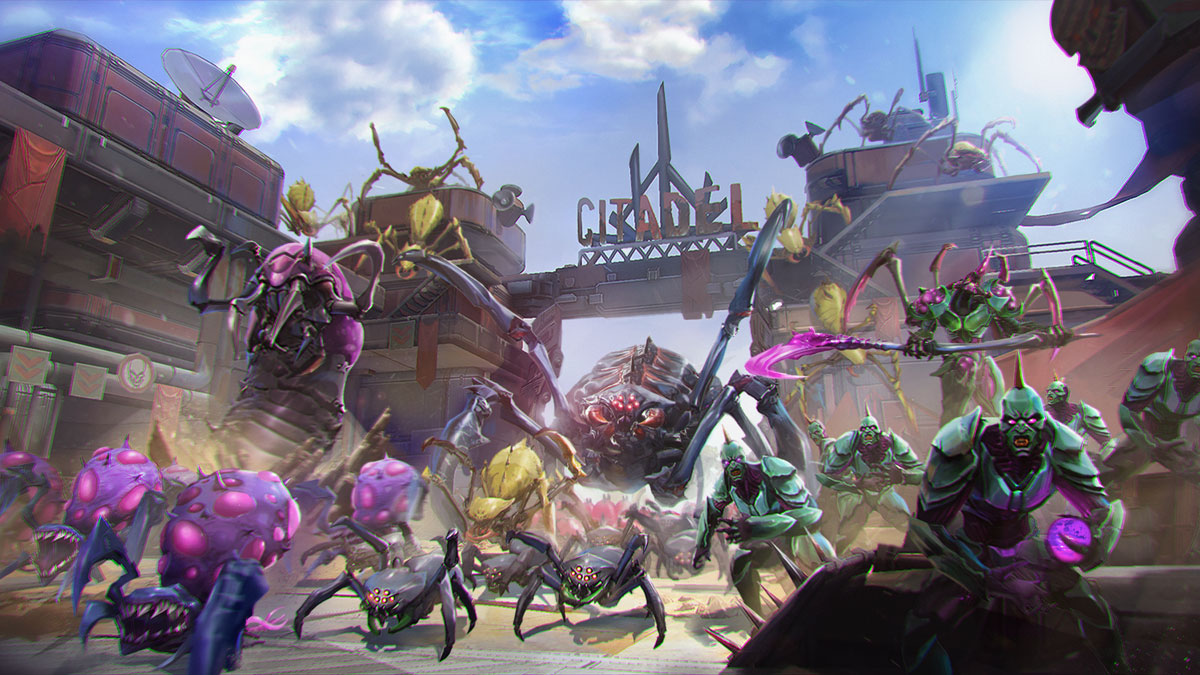 Utopia is on the brink of a new crisis! This time it is a Digital Crisis. In this patch, you’ll have battles at the Synth Factory, a Dominion Assault Rifle, improvements to the Altar of Xi and lots of other additions.

Captains, get ready to fight the synths right in their lair! The regular four-day Digital Crisis event is dedicated to storming the factory where the Dominion produces fearsome killer machines. In this event, you’ll be able to choose between three difficulty levels and fight not only the synths you already know, but also a new type, as well as enemies equipped with chips. For participating in these battles, you’ll get event points and advance along the chain of rewards that includes crystallite, chips, and most important of all — parts for assembling the Dominion Assault Rifle.

The Dominion Assault Rifle is a powerful addition to your weapons collection. It’s an energy weapon that uses the cutting edge Tachyon Conversion technology. This allows the rifle to increase its rate of fire every time Blake takes damage, up to a maximum bonus of +200%.

Another new resource has been added to the game — Plates. These pieces of metal are charged with Xi energy. You can obtain them in battles against the Altar of Xi and then exchange for goods in the Clan Store, where another six new items have been added. In the new version, you can continue to attack the Altar of Xi to get Plates even after it is defeated. After defeating the Altar, all the participants in the attack get Black Magmatite, the amount of which depends on the level of the Altar and the place the player earns in damage dealt.

Time to pay a visit to the synths, Captains! Let’s give them a real crisis!