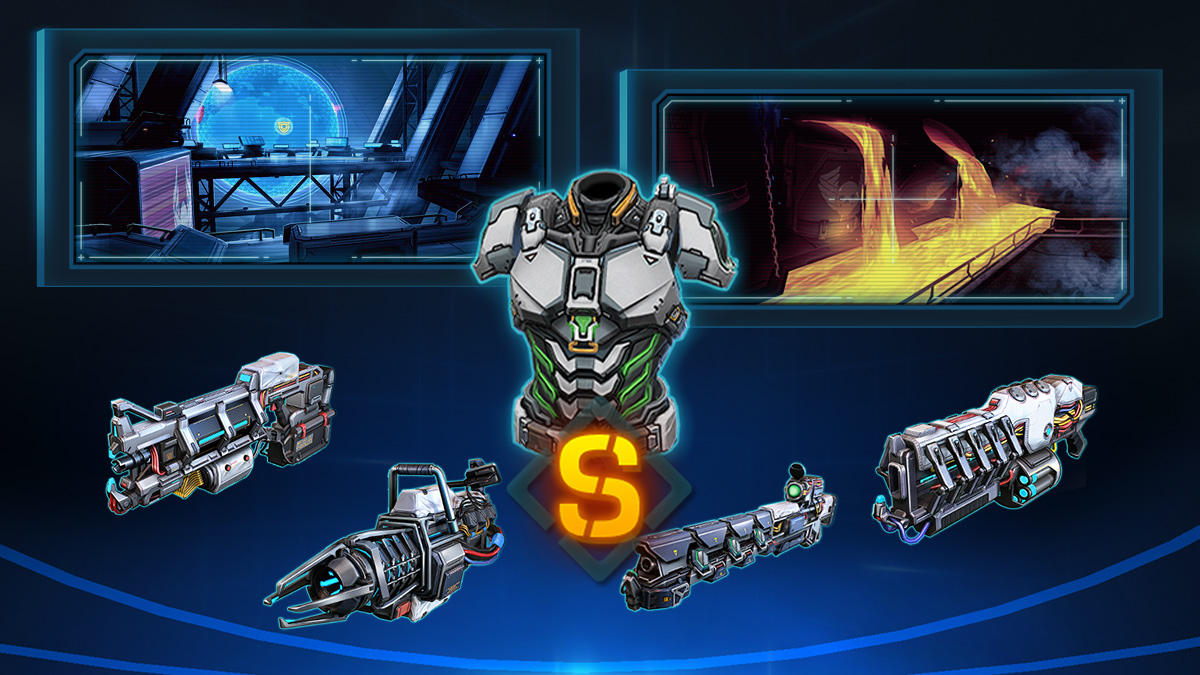 Finally! Check out the new update for the long-awaited Futuris system’s launch! Also say hello to lower leveling up costs, S rank for weapons, armor and partners, new side missions, and an updated PvP rating system.

Colonel Morales has finally given the order to launch the Futuris system! Artifical superintelligence shall awaken to demonstrate its astounding abilities and share the views on humanity and its inevitable future. Although its conclusions are far from encouraging, Futuris is willing to cooperate with its creators and provide them the technology they need, paving the way for metaprojects including Plasma Weapons, Stasis and Resource Synthesis. Metaprojects differ from regular technologies because you can vary which resources are used for research.

Two side missions were added: Foundry and Renegade Command Center. Raid the Renegade military production facility and storm their headquarters to get access to technologies that of new grenades and corresponding grenade packs.

Weapon, armor and partner upgrade costs have been reduced, as well as the number of assembly parts and resources for evolution and leveling up. Now their number depends on rank alone and are identical for all items and partners.
The new S/S+ evolution ranks are finally here! Now you can upgrade basic weapons to S rank energy weapons by completing the Plasma Weapon metaproject and reaching Scientific Progress level 123. Evolving weapons to S+ rank requires Scientific Progress level 107, and armor and partners requires level 111.

Rating system has been changed: new Rating Seasons give special rewards for reaching certain ratings. You can earn the rewards for the rating milestones lower than 2000 points only once. After the new version is live, you’ll be able to collect all the rewards that will be proper to the rating level at which you’ll be after the release of the update.

The war for the fate of humanity rages on! Good luck in battle!

The conquest of Utopia goes on!