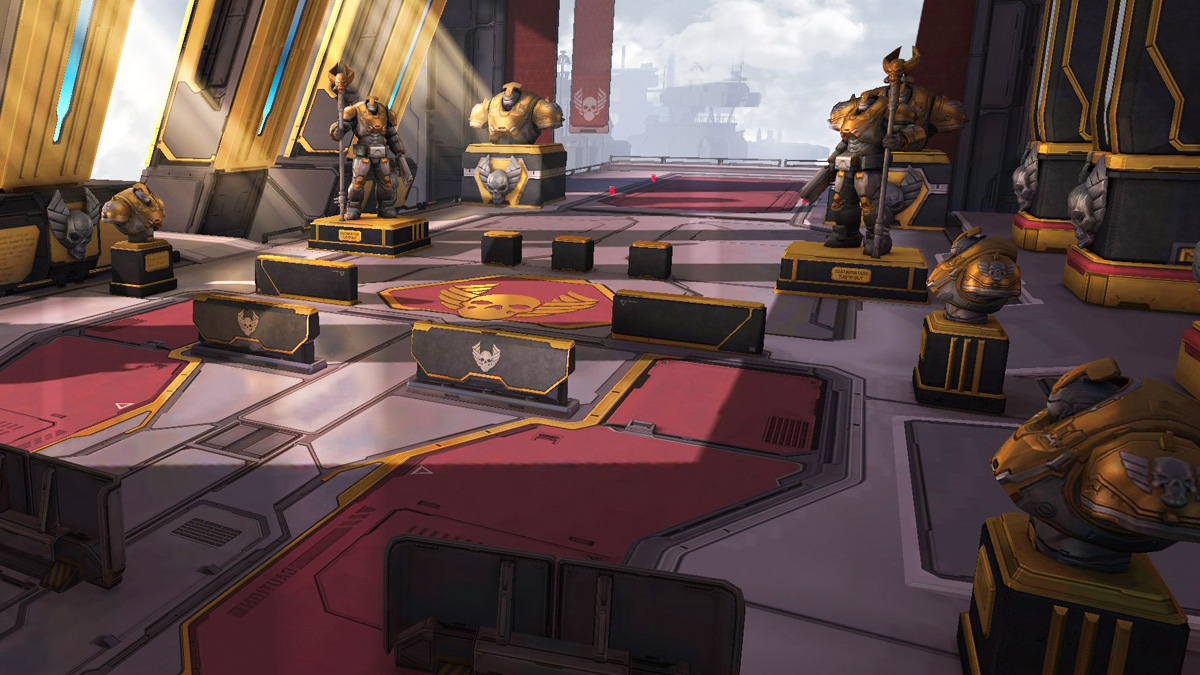 The assault on the Renegades’ positions continues. Next target: the traitors’ Resource Outpost, where they store their supplies and weaponry. The path there will unlock after completing Sector [98:105], and as a reward for completing the mission, you’ll get blueprints of a new squad for Base Defense, as well as access to another metal mine.
But the Renegades won’t go down easily! You’re going to face a new enemy forged in their workshops — the Terminator. It’s an armored battle machine controlled by an implanted human brain. It can protect itself and its allies with a force field vulnerable only to hand grenades. Thanks to Futuris’ help, your technological progress continues to advance. Four new metaprojects have become available for research: Chronal Boost, Combination Synthesis, Quark Harmonizer and Necrogenesis. These developments are designed to speed up production, help you synthesize resources from biofuel and increase your immortality duration after resuscitation.
Chimera Shotgun stats improved! Now it fires three shots at once instead of one, and its damage and healing effectiveness have been improved.
Marcus’ base attacks now deal less damage. It’s now easier to defeat the Overlord in Terrors and the Terraformer mission and the Hand of Xi in the Collectors’ Ship mission.


The conquest of Utopia goes on!