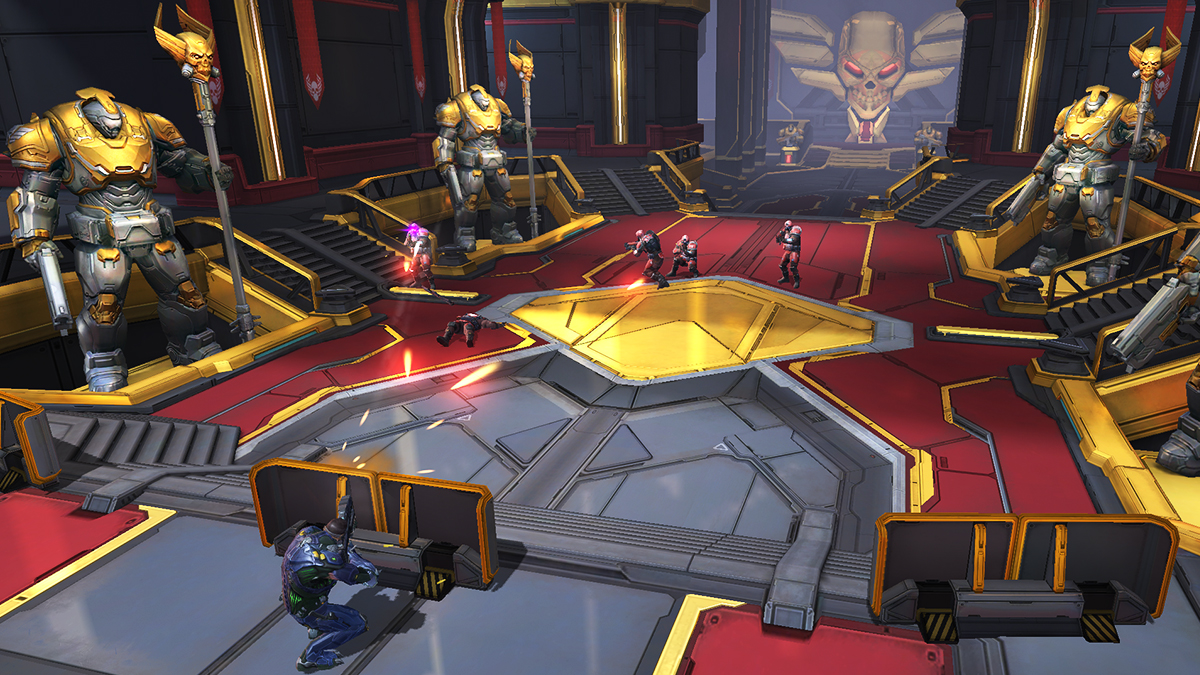 It’s time to punish the traitors! Captain Blake receives the task of storming Major Zorin’s stronghold! It is a real citadel, fortified without and luxurious within. And that isn’t the only surprise — Blake is going to learn something unexpected both about Zorin himself and about the Renegades’ agenda as a whole...

A new chapter of the story… but that’s far from the only new thing added with this patch! Now Terrors will be linked to a new concept — the Faction Threat. If you don’t fight off Terrors, the corresponding faction’s threat level will rise and then this faction will start capturing your mines. Fighting off Terrors of factions with a high threat level gives rewards with added bonus. The tougher the defeated Terror, the lower the threat level falls. If you manage to fully suppress the threat, the enemy retreats for a time, opening the way to the Rubicon — a boss fight with gems as a reward for victory.

Each Tournament now has three types of damage which provide additional points when used to kill. These points are added to the attacker, but the defender does not lose them.

The principle of increasing rewards for base assaults, Tournaments and Terrors has been changed. From now on, the bonus you earned lasts forever, even if your rating drops at the end of the season.

You can now collect part of the reward for attacking an enemy base even if your attack fails. The fewer enemies left between you and victory, the more you can collect. All you have to do is to send a drone to the point of your defeat before the timer runs out.