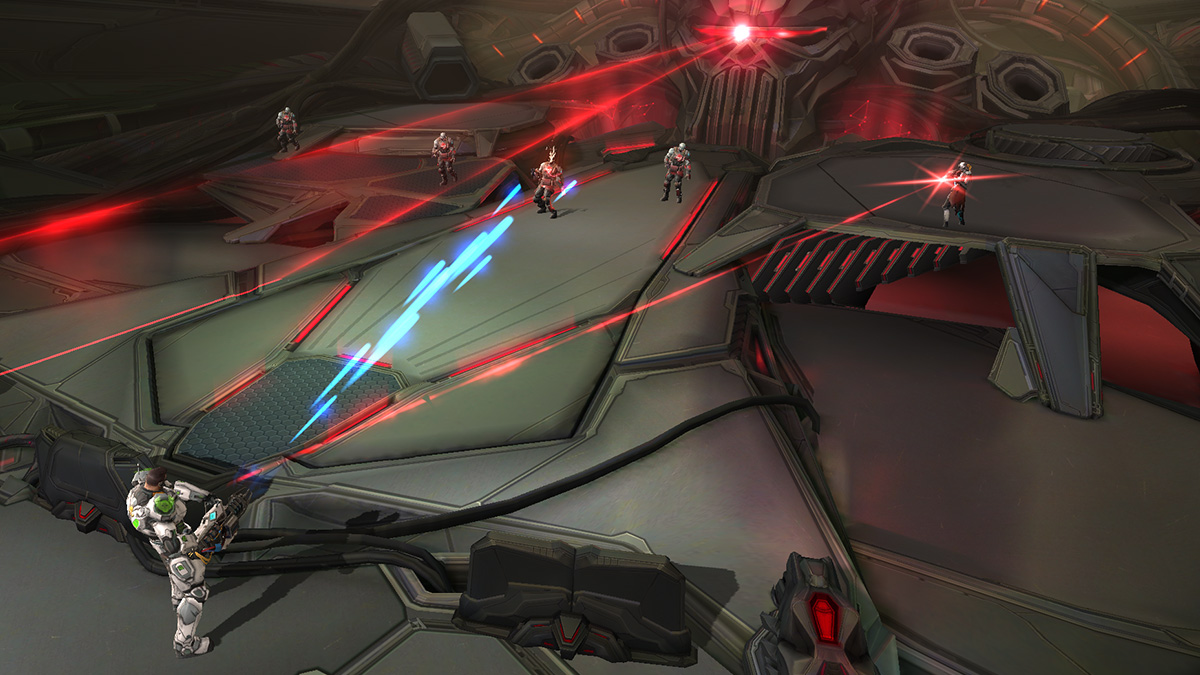 Now Blake has enough strength to challenge the Dominion and its dominators. The captain invades the artificial intelligence's domain! This new patch brings you new enemies, a powerful acid weapon and new zones: Utopia's landscape transformed by the rogue AI according to its tastes.

On the first steps into enemy territory, you'll discover unexpected details of the Dominion world view and encounter extremely dangerous enemies — synths. Created from the remains of dead Legion soldiers and mechanical implants , they run on a regenerating emulsion instead of blood, know no fear and die very hard. There are different types among them — their own versions of infantry, snipers and stormtroopers. On top of that, Blake will go up against armored Arachnids, whose creation was inspired by the Dominion's studying of Xi creatures.

New enemies call for a new weapon. Now you have the ability to add the Chimera acid machine gun to your arsenal. Its unique ability is Acid Detonation. The victim is blown to pieces, hitting those nearby with acid spikes, and those that die to these spikes also explode with the same effect.

It's now easier to change weapons to complete the Warmaster quests. If you switch to a weapon in the battle preparation screen, it will be used only in this battle. To change it for all subsequent battles, do that in your profile.

Good luck in your war against the Dominion!