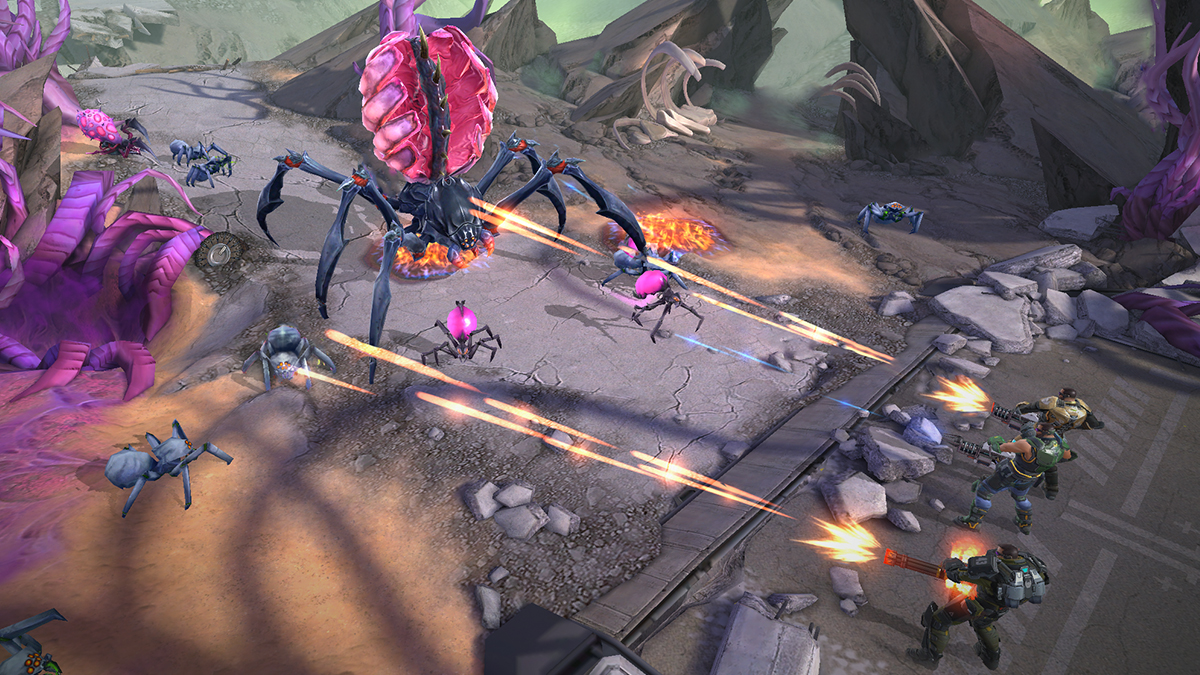 A new patch has landed, captains! It brings you daily duel sector, updated battles in the Citadel, new Dominion scouts, a synth ally and many other improvements.

A special sector has appeared on Utopia where you can fight against other players every day! To fight duels in the Skirmish mode, special tokens are required. You get one token every hour. The battle itself is time-limited and ends if either side gains a certain number of points. Points are given for killing opponents and their allies. Completing tasks brings extra rewards. The grand prize awaits: get parts for the new Avalanche grenade launcher!

The tactical situation in the Citadel region has changed! Now, instead of the usual Citadel Defense, you’ll be protecting the approaches to the Citadel against the Xi hordes, together with two other players. The number of Citadel Coins awarded for such operations depends on where you rank in damage dealt among these three players. If you achieve a streak of first places or destroy an enemy using a bonus damage type, you’ll get a bonus reward.

The Dominion has thrust a new type of scout — medium one — into battle. It is stronger than the ones you’ve faced before, and winning in the new zone will be harder. However, the rewards are better too. And another surprise from the Dominion is the Cyclone dominator that launches itself into the enemies like a missile.

Blake has also received valuable reinforcements. From now on, you can bring a new rank A+ ally into your force. Hank the Synth can transform his targets into crystals that damage nearby enemies with shrapnel if the victim dies. It has also become known that the Dominion territory has been covered with a network of emitters that feeds the synths with a kind of energy deadly for other lifeforms. This means only Hank may be sent to patrol the Dominion Gate and Annihilator sectors.

In addition, there are now new types of chips and updates to the old ones, the Antikiller bonus and much more.

The resistance on Utopia is entering a new phase. Fight for superiority, captains!